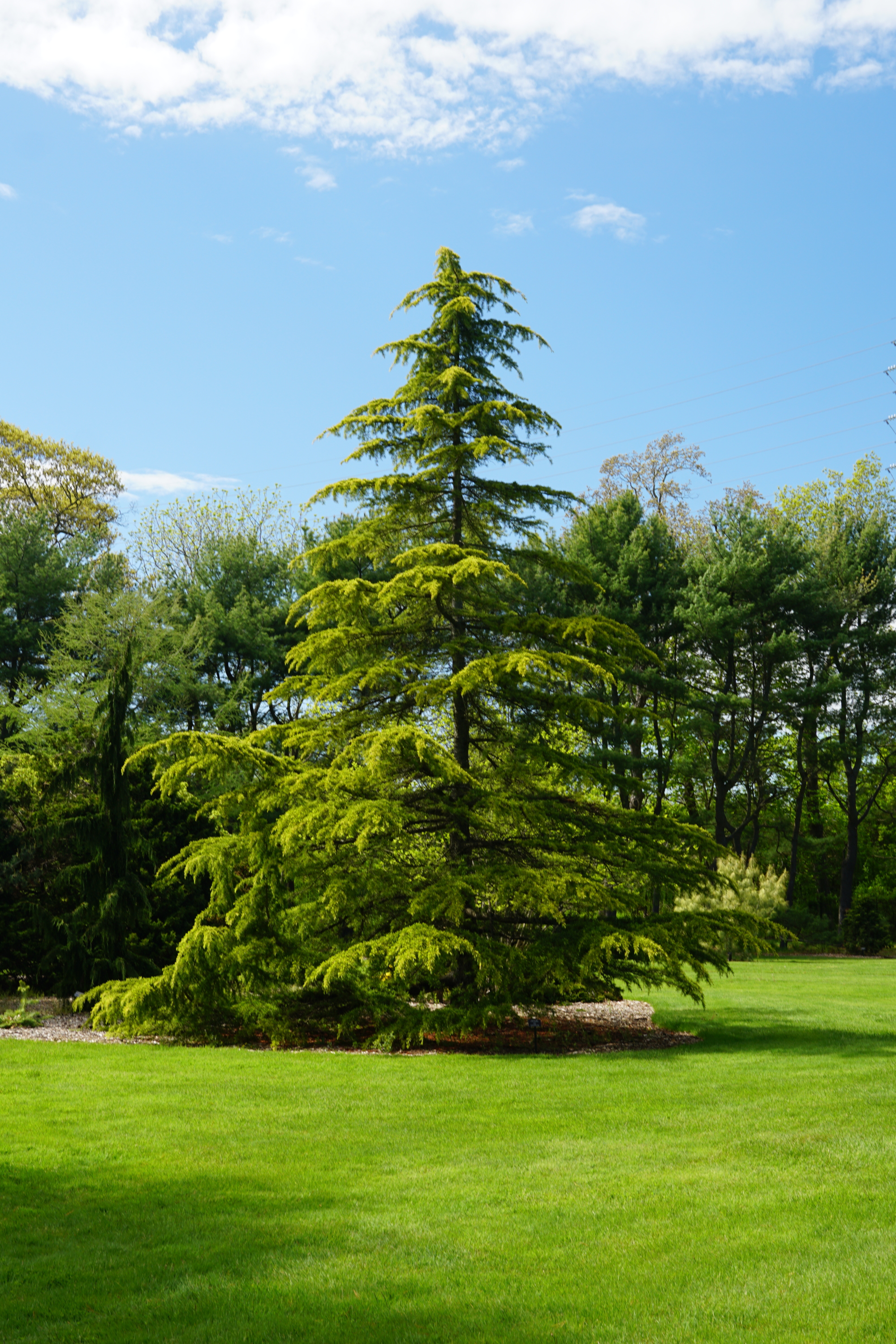 Grows best in full sun and is adaptable to all types of soils from standing water to well-draining sandy soils.

A bold pyramidal evergreen with striking, horizontal, graceful, arching branches. New growth is creamy yellow that turns to golden yellow. The species can reach 131 to 164 feet tall. ‘Aurea’ is a slow, moderate growth reaching 25 to 35 feet tall and 15 feet wide.

Giant conifer aphids are known to attack the Deodar cedar as well as weevils, scales, borers, and bagworms.

Best used as a single specimen or as a large accent in a garden, privacy screen, or windbreak.

A species of cedar native to the western Himalayas in eastern Afghanistan, northern Pakistan, and India.

Among Hindus, as the etymology of deodar suggests, it is worshiped as a divine tree. Deva, the first half of the Sanskrit term, means divine, deity, or deus. Dāru, the second part, is cognate with (related to) the words durum, druid, tree, and true.

Forests full of Deodar or Devadāru trees were the favorite living place of ancient Indian sages and their families who were devoted to the Hindu god Shiva. 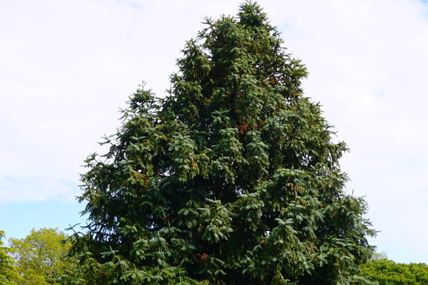 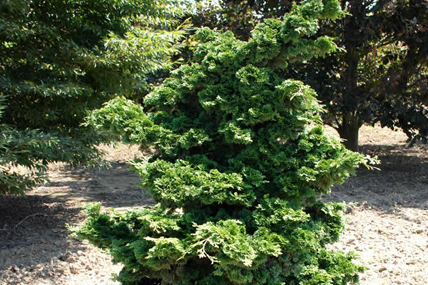 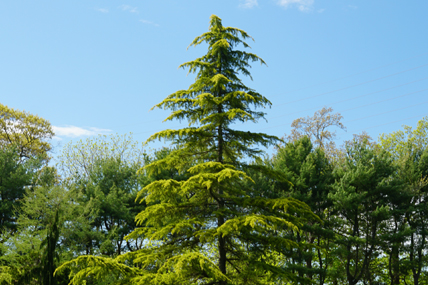